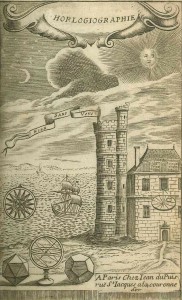 It is always a pleasure to get a new library card, but to get one to check out books from the Nordiska museet’s biblioteket has been a real privilege.  As a researcher from Syddansk Universitet I study time and its use at sea.  The direct application of this is to the time measuring artifacts from the Vasa.  It is not an easy subject to tackle.  From a social aspect, many of the forms of time used in the past were very different than today and literature on them was either lost or destroyed because it had no relevance to the world of the present which lost it.  In most cases it was the invention and mass manufacture in the 19th century of cheap domestic clocks and later in the century portable watches which destroyed scholars’ ability to reconstruct how people during the preceding centuries perceived time.   Luckily for me a little known collector in the 20th century in Stockholm hoarded a treasure trove of literary material on this subject.  The Ekstrom Collection of navigation, mathematical, and technological literature from the 16th, 17th, and 18th centuries is perhaps one of the most extensive in any library not dedicated directly to the history of science and technology, and known only internally to the Nordiska museet’s staff until my arrival to Stockholm just three weeks ago.

I list some of the texts below as they are relevant for my study on the subject of time onboard Vasa in 1628, but many more texts on other subjects more varied are in the Ekstrom Collection, whose contents will be made available to the public later this fall.

If you want to browse the complete collection, you can do so in the online catalogue.